Duodecim Scripta or Alea, leather board 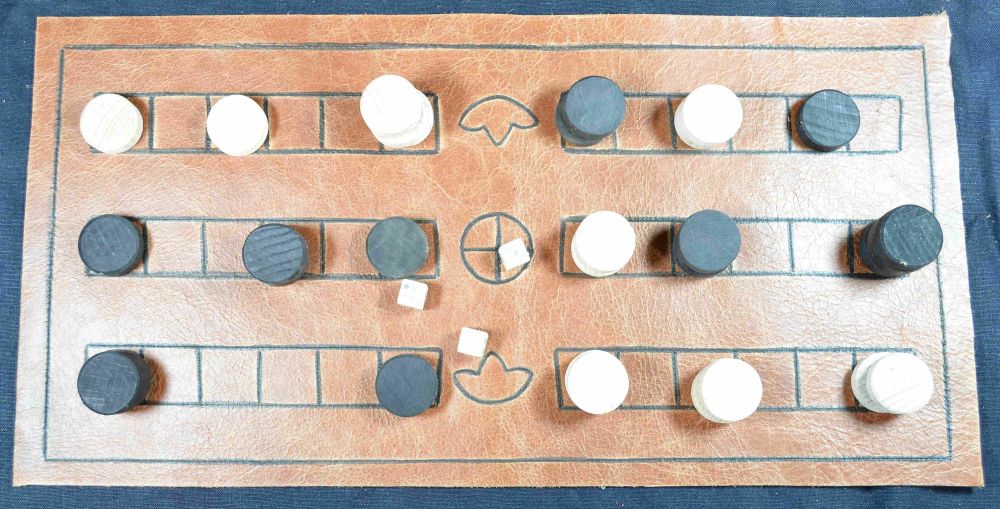 Please click on the images above for an expanded view.

Many different styles of boards of this type, with two or three rows, are known from the Roman world, some very simple and roughly carved into pavements, others more elaborate and decorated. Some, in the place of the six rows each of six points had comic or pithy phrases, each of six words of six letters.

The names Alea (meaning dice) and Duodecim Scripta appear in Roman literature where they appear to be associated with an early tables type of game. The later two row boards (such as our Tabula), initially made by removing one row of a three-row board, speeded games up, and eventually evolve into medieval tables games, and then backgammon.

The three-row board is typical of many Roman pavement games found around the Mediterranean and across the Roman empire. Several games were probably played on the board and suggestions for such games are provided.

Leather board, with beechwood playing pieces and three bone dice a in leather pouch. Comes with rules and historical notes.

Recommend this to a friend  + 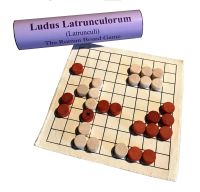 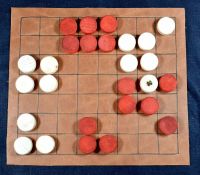